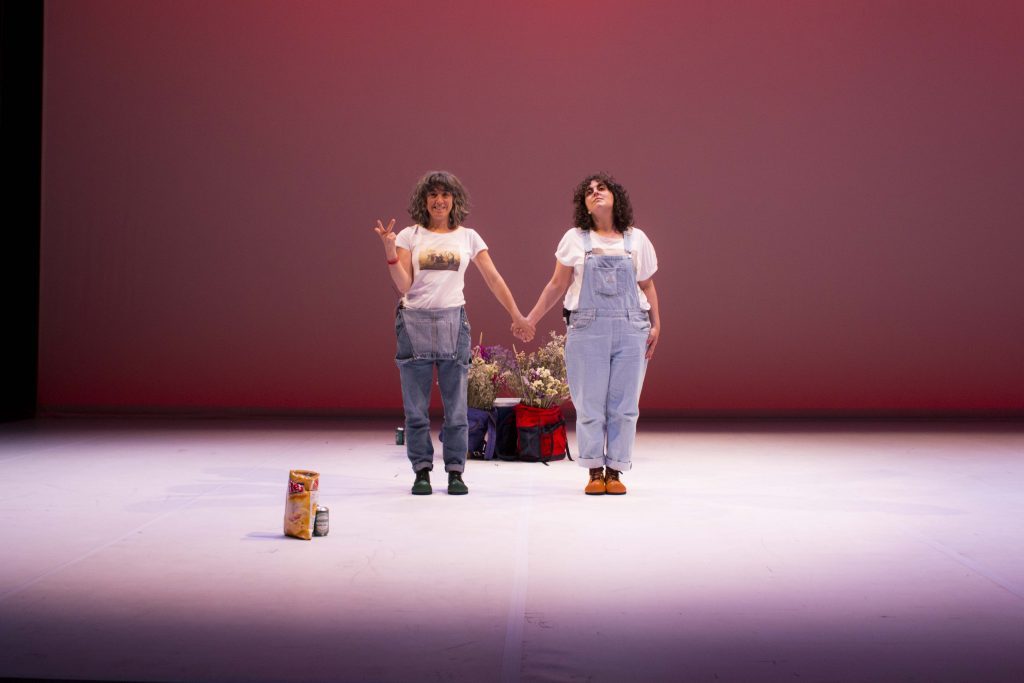 It is truly no feat to crack a nut, and therefore no one would think to gather an audience for the purpose of entertaining them with nutcracking. But if he should do so, and if he should succeed in his aim, then it cannot be a matter of mere nutcracking. Or alternatively, it is a matter of nutcracking, but as it turns out we have overlooked the art of nutcracking because we were so proficient at it that it is this new nutcracker who is the first to demonstrate what it actually entails, whereby it could be even more effective if he were less expert in nutcracking than the majority of us.

In The Explanations we have decided to put some order in the world, starting with the first play we premiered. In this play we simply tell that play lost in a far away place of our memory and of those few who so it. To tell to organise, organise to understand. Maybe we haven’t understood anything but in the attempt we find the meaning and the possibility of what Mayakovski wrote: “One must snatch gladness from the days that are”.

The Explanations premieres in a moment when relations between fiction and reality are part of the conversation, be it artistic or politic. In our previous play A T L Á N T I D A we thought about fictions that are created from reality and now we start from a fiction to see what parts of reality we can touch.