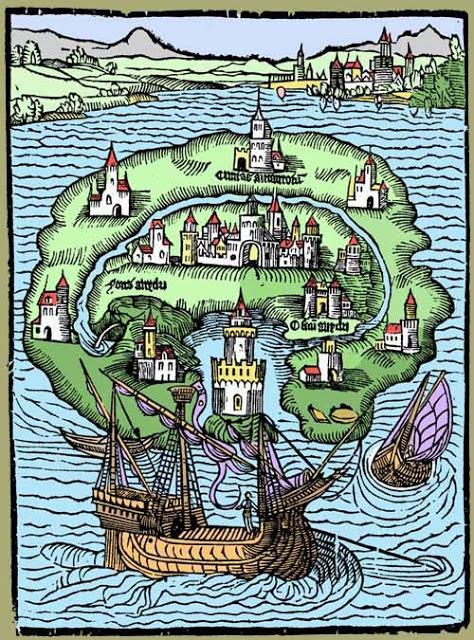 In 2018 we premiered A T L Á N T I D A, a play where two campers imagine possible societies. What we didn’t tell the audience is that everything they imagined and projected towards the future were micronations and utopias that had already existed in the past.

This story starts in Cerro Belmonte, a small neighbourhood of Madrid that declared its independence from the Spain in 1990. Imagination helps us to propose new worlds and new ways of doing things so, where is the trick?

The edition of A Brave New World we read when we were teens opened with a quote with which we struggled till much later, when we started creating A T L Á N T I D A. It was by Nicolas Berdiaeff and wrote: Utopias seem to be much more achievable than we formerly believed them to be. Now we find ourselves presented with another alarming question: how do we prevent utopias from coming into existence? …Utopias are possible. Life tends towards the formation of utopias. Perhaps a new century will begin, a century in which intellectuals and the privileged will dream of ways to eliminate utopias and return to a non-utopic society less “perfect” and more free.”

Belmonteñas & Belmonteños is a play created at the petition of Teatro Abadía in the context of the quarantine due to the COVID-19.