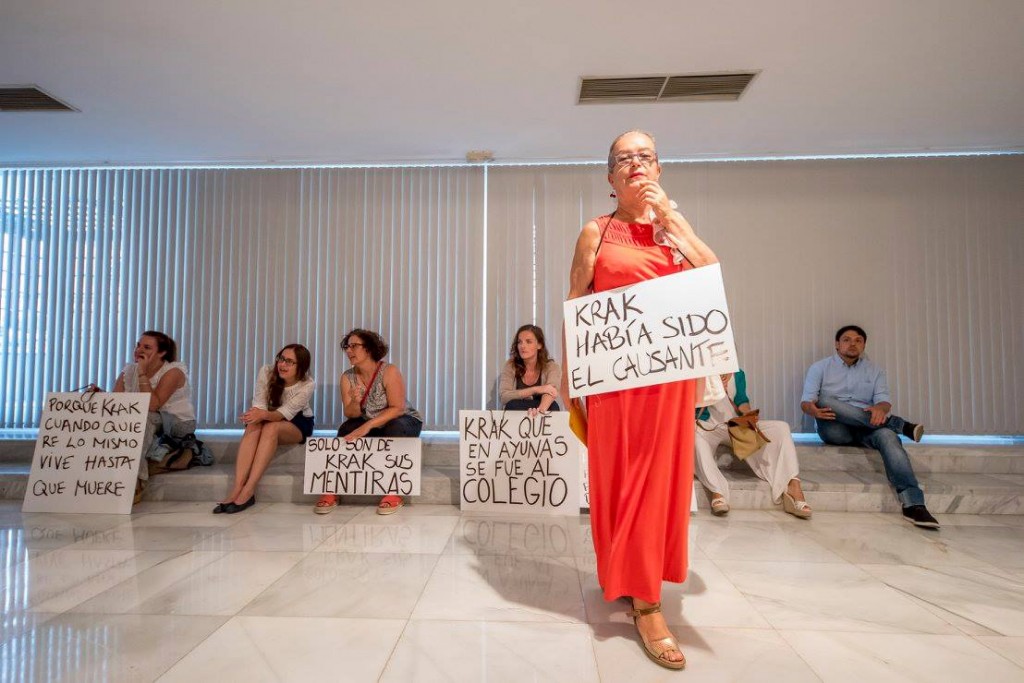 Krak is a participatory piece by Los Bárbaros based on the poems of the poet from the Canary Islands José María Miralles Sall created for the cycle State of Siege at the CAAM of Las Palmas de Gran Canaria.

Who is Krak? A strange creature, an unleashed and hidden force, what’s never said but exists in the remote places of oneself.

This piece is part of our works on community and participation. In this practices we generate contexts where individual thought creates collectivity.